The Best of the Raymond Felton Gun Meme

As many of TSB’s loyal readers may already know, Raymond Felton was arrested on felony gun charges late last night. His wife, who recently just filed for divorce, brought in a unlicensed weapon to a police station and gave a statement saying that Ray Ray waved it at her at one point. If I was his wife, I wouldn’t have felt threatened because as all Knicks fans already know, Felton rarely ever hits his target when he’s shooting. Anyways, the internet had a field day this morning…..making a meme out of the entire situation. Let’s take a look see and have a good laugh at Ray Ray’s expense.

– Yes! A McDonald’s reference because Felton is impossibly overweight for a starting NBA point guard and an NWA reference? Kudos.

– Raymond Felton is fat and is there anything fat people love more than cake? According to twitter, no.

– Probably my least favorite so far. I was amused for like 2 seconds.

– Ha. A photoshopped picture with Felton and two other gun wielding lunatics, Plax and Gilbert Arenas. This one is a contender.

– Considering the fact that Felton shoots .403 from the field, Felton should be exonerated.

– Clever usage of “Above the Rim” here. 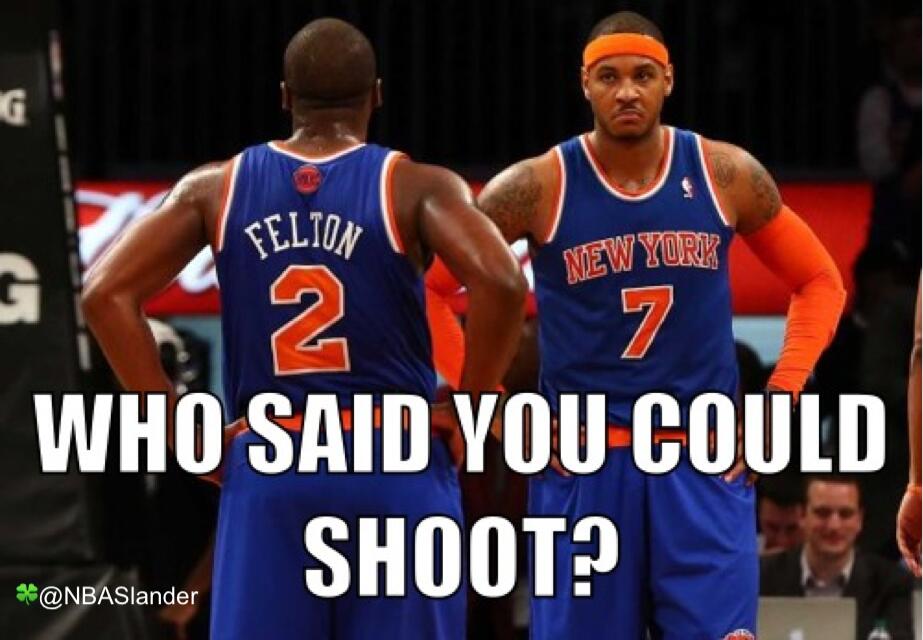 – Ahahahahahahaha. Yes, this one is my personal favorite. Honestly, no one believes that Melo would ever allow Felton to shoot. Carmelo is the only person allowed to do that.